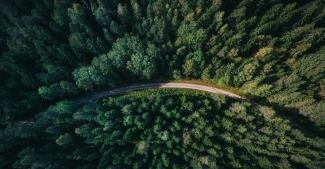 Impressions of Speaking at the FlixTechSummit

When the FlixTechSummit, FlixTech's first tech conference, was announced, I immediately thought this was something I’d like to take part in. I never spoke at a tech conference before, but I have experience in public speaking going back to giving opera previews at Seattle Opera when I was in my twenties, and moderating classical concerts as conductor/pianist in my thirties throughout Germany (even up to a few years ago). So the idea of public speaking per se didn’t scare me, it’s always been an experience I rather enjoyed.

Coming up with a topic was easy too. For some time the People Manager Chapter (the internal group of managers of the tech organization) has wanted to see trainings in interview techniques in FlixTech; unfortunately HR hasn’t had the resources to make this happen. A metaphorical LED light went on – if we can’t get systematic interviewing trainings at this time, at least I could share my thoughts and experiences with everyone. Better than nothing, I hoped. So “How to do a good technical interview” was born. OK, the title wasn’t very attractive, I admit. Maybe I’d come up with a better one later? (Or maybe not.)

Never having written a conference talk before, I wasn’t sure how to start. I read a few blog articles about writing conference talks (but the best resource I didn’t find until later, Zach Holman’s exposition). I was always impressed with others’ presentations, and the creative, funny slides they had. Where did they get all those cool graphics? I can’t draw anything, and I have limited graphical talents.

I decided it would be good to start with putting down as many thoughts as possible about the topic (this turns out to be one of Zach Holman’s pieces of advice). After I had about 12 or so sentences and phrases in OneNote, they started to group themselves almost magically. At first the groups were very broad, but as more and more thoughts emerged, more structures and sub-groups emerged with them. I’m pretty organized that way – you should see my Kindle.

Pretty soon the basic outlines of the talk became apparent – an introduction, the interview goals, preparing the interview, the interview structure, tips and techniques, evaluation. Some of these were large enough to have sub-sections. I opened PowerPoint, using our official FlixBus template, and started creating some placeholder slides. After a while I had a reasonable number of (still) empty slides. I gave them some titles. I started to think about graphics. I discovered there are many sites with free open-source images (just google it, you’ll find them). I started finding images by googling the slide titles, like “preparation” or “preparing”. With time I got better at coming up with good search keywords to produce some interesting images. At the same time I tried to guide myself by the principle of having as few words as possible on each slide (which was largely successful).

I was naturally drawn to photos reflecting some of my major outside interests, like music and sports. I started filling in the notes as bullet points for my talk. An iterative cycle emerged, creating pages, giving them a title, finding an image, adding notes. Soon I started to feel I had something resembling a conference talk. It was time to practice the presentation.

I actually wrote a complete script for the talk, about four pages long. This idea may have been misguided, and I probably wouldn’t do it that way the next time. In any case, I sat down in a tiny meeting room with my slides and my script, and ran through my talk, speaking out loud. The good news: the length seemed to be about right. The bad news: how was I ever going to memorize it? I had to continuously refer to the written script. Not good.

Luckily, I ran into Lisi Hocke in the kitchen, and she kindly had time to go through my slides with me. Her feedback was generally positive, and of course completely constructive, I was happy to incorporate her excellent suggestions. She also gave me the tip of how to use the presenter’s notes feature of PowerPoint.

A two-week vacation in Tuscany interrupted my preparations. I looked at my slides once or twice when the Tuscan sun went down but didn’t invest much time. When I returned to the office there were only three days left to prepare before preparing my talk. I was a bit nervous but confident. On Tuesday (two days before the conference) I had the opportunity to present before a private audience (Lisi Hocke again). I used my notes and was amazed to find myself in the flow. Lisi gave me some tips, she had very little to criticize.
If I remember correctly I practiced my talk once more before the conference started Thursday.

The day of the conference came. My talk was set for the same time as Daniel Krauss’ and Martin Lahusen’s “Darth Vader” talk – would anyone come to listen to me? Yes, the 5th floor group meeting area (the Arena) was reasonably full; I was very happy to see a number of my colleagues from HR present.

Giving the talk itself reminded me of performing a piano piece – it was massively fun, I felt confident and concentrated. The amusing anecdotes got a good response, the audience seemed to be listening closely the whole time. I also managed to remember most of the small improvements I wanted to make after the rehearsal. The Q&A session at the end was fun – many good, attentive questions were raised, answering them seemed easy. I was sorry when the session was over!

I would love to repeat the talk at an outside conference or meetup. I’ve also started to think about a new topic for a future talk. I don’t think the FlixTechSummit will be the last time.